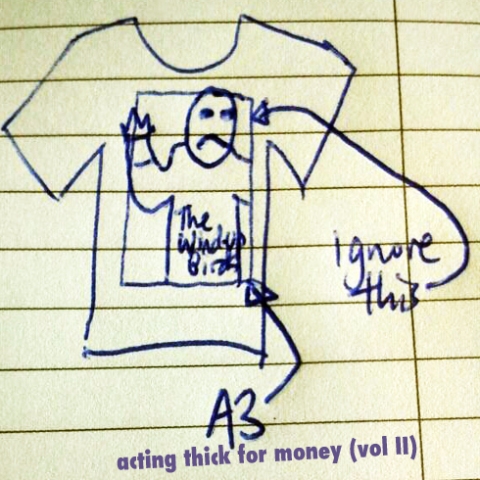 What do you mean you didn’t spend all your time 5 years ago nervously hanging round after Wind-up Birds gigs hoping one of them would awkwardly press a CD into your hand? Oh right. You might need this then.

Acting Thick for Money vol II, as the title suggests, is released a second volume of early recordings, made up of stuff they recorded before they got involved with Sturdy Records (indeed, the very stuff that brought them to our attention). This time the recordings are mostly from 2008/9 and consist of the songs that originally made up the self-released (and highly limited) EPs In These Great Times and We Fixed the Raffle. Here’s a new video for one of the songs from the latter EP, the marvellous ‘Pig Fractions’:

We release wonderful music by amazing bands who no one else dares touch.
View all posts by sturdyrecords →
%d bloggers like this: