The Wind-up Birds – debut album out 14th May

The Wind-up Birds‘ debut album is called ‘The Land’. It’s an album about Englishness, communication, isolation and community. It’s also the album that Leeds’ scathingly literate (and frankly completely brilliant) post-punkers have been promising to make since their debut single appeared on Sturdy two years ago. 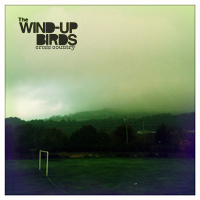 Featuring the previous single/EP tracks Tyre Fire, Good Shop Shuts and Popman alongside a brace of new tunes, it will be released as a CD and download on Monday 14th May. Before then, there will be a download-only single, Cross Country, on April 30th.

There will be a sneak preview of some of the tracks soon, but in the meantime have a look at a couple of startlingly brilliant videos they’ve made for previous singles: